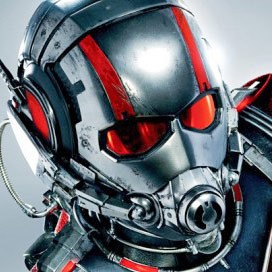 Once, Scott Lang was just a thief. Now... he's still kind of a thief, but with a badass suit. While trying to go straight and rack up enough custody brownie points to re-enter his daughter's life, Lang is recruited by former S.H.I.E.L.D. scientist Hank Pym to stop a protégé from perfecting a deadly technology. Lang's method: using a suit that can shrink a person to the size of an insect while increasing his strength. A self-avowed fan of the Avengers, Lang as Ant-Man accidentally crosses path with Falcon while on a heist job. The two battle and when Lang emerges as reluctant winner, Falcon relays Ant-Man's existence to the Avengers.