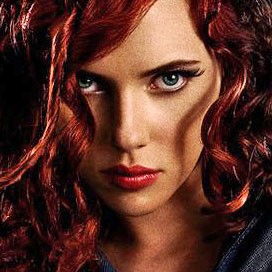 Trained from a young age by the KGB as codename Black Widow, Natasha's top-notch assassin skills placed her on S.H.I.E.L.D.'s hit list. Marked for death, Hawkeye instead spared Natasha's life, convincing her to take a new job in America. There she was tasked to infiltrate Stark Industries and gauge whether Tony and his Iron suit would be up for joining the Avengers initiative. After the team assembled, she thwarted Loki's Chitauri (alien) invasion, pulled apart Ultron's robotic army, and assisted Captain America in taking down The Winter Soldier (partly as revenge for his shooting her in the stomach). An attempted romance between she and Bruce Banner (The Hulk) was...a little awkward, so since then it's all about training new Avengers War Machine, Falcon, Vision, and Scarlet Witch.