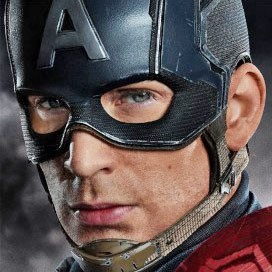 Truth, justice, and all that stuff. Yes indeed, no movie superhero today embodies this tagline as Steve Rogers, the scrawny wimp turned super soldier, aka Captain America. The yoked result of military experiment, Rogers took advantage of his major gains by becoming the Greatest Generation's poster boy, foiling Nazi plans left and right before being frozen and resurrected in the 21st century. Here, Rogers' innate patriotism and nobility is cast in shadow when he discovers world police S.H.I.E.L.D. has long been infiltrated by another organization: HYDRA, sworn World War II enemies. At least Rogers has his crew the Avengers to fall back on -- that is, until an accord for superhero governance is introduced at the United Nations, splitting the team in ideological two. Having personally been betrayed by the establishment, Cap feigns no interest in creating a new one. Former Avengers ally Iron Man sees it differently.