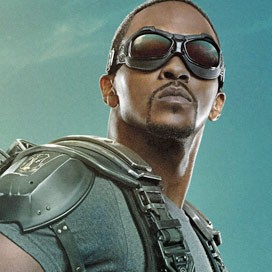 On your left... on your right... in the air, Falcon's everywhere! A former Air Force member and test pilot of a full-offense wingsuit (which he stole back, natch), Wilson was working for the Veterans Affairs department before partnering with Captain America on subduing the HYDRA uprising. This partnership has survived beyond the ashes of S.H.I.E.L.D., with Wilson assisting Cap's search for The Winter Soldier and joining a newly assembled Avengers team alongside War Machine, Vision, and Scarlet Witch.