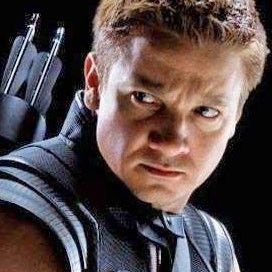 Hawkeye: Expert marksman, family man, and happiest when mind control isn't a driving story point. He was a loyal S.H.I.E.L.D. agent but also an independent dude of action, saving young Russian baddie Black Widow from death and introducing her to the good side. Between world-saving gigs, Barton spends time with his wife and children (kept off S.H.I.E.L.D. books and out of danger) in a farm house so bucolic and resplendent in the friscalating dusklight, it can stop a movie's second act dead in its tracks. After disposing of Ultron, he retired from the Avengers for family respite.