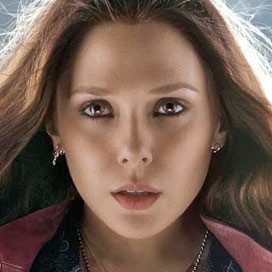 Raised in the wartorn Eastern European country of Sokovia, Wanda and her brother Pietro developed a deep hatred for America when a mortar strike killed their parents (the shells manufactured by Tony Stark). Seeking revenge, the siblings sought out HYDRA for fantastical experiments: she gained hypnosis, telekinesis, and energy projection, while Pietro picked up ultrahuman speed. As the Scarlet Witch, she teamed with murderbot Ultron (another Stark creation) before learning of his true plans, betraying him and joining the Avengers. Ultron was stopped, Pietro sacrificed himself, and Wanda is settling into her new digs in the States.