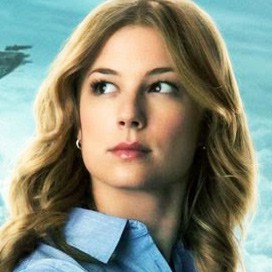 As Captain America acclimatized to the new century, S.H.I.E.L.D. agent Sharon Carter was assigned to pose as his neighbor across the hallway. After Carter defended an attack from The Winter Soldier in Cap's apartment, her jig was up and she returned to S.H.I.E.L.D. headquarters for further assignment. There Carter helped stave off another attack (this time from HYDRA proper), before escaping intact. With S.H.I.E.L.D. gone, Carter subsequently joined the CIA.