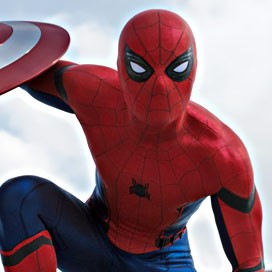 Free from the contractual gossamer that wed him to Sony Pictures, Peter Parker makes his official MCU debut with this movie. Expect to see a most classic variant of Spider-Man (dweeb who manufactures his own webbing in a bold yet simple costume) without, fortunately, being subjected to Uncle Ben's death for the umpteenth time. Parker will get his own movie next year with Spider-Man: Homecoming.