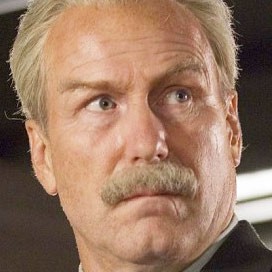 Thaddeus "Thunderbolt" Ross' previous appearance in the MCU saw the Army general futilely pursuing Bruce Banner/Hulk before being forced to team up with the green hunk to stop Abomination. In Civil War, Ross has been promoted to Secretary of State and continues his warpath in shutting down deadly superhero theatrics.