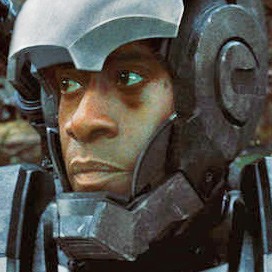 The moments Air Force pilot James Rhodes and Tony Stark share could fill a frilly scrapbook: Rhodey was there when Stark got rescued from a cave in Afghanistan; he stopped a drunk Tony from killing birthday guests; meanwhile, he argued alongside Stark to prevent government hands from touching the Iron Man suit. Along the way, Rhodey emerged as a proper kickass hero in his own right. In his War Machine suit, he assisted in rescuing the President and halting mankind's extinction at Ultron's hands.