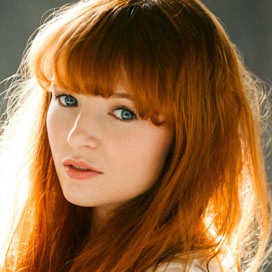 Annie Cresta is a former Hunger Games victor who lost her mind after watching her District partner get beheaded in front of her. She hid for the rest of the games until the other tributes died in a flood. She's also the true love of Finnick Odair, who began to crack after Annie was taken into custody following the rebellion at the Quarter Quell. (Annie was reaped, but another former victor, the elderly Mags volunteered as tribute in her place.) The victors have been tortured, but Annie was rescued along with the rest and was last seen embracing Finnick in the hallway of District 13, but we know they get married, as their wedding scene is the first in the Mockingjay Part 2 trailer.