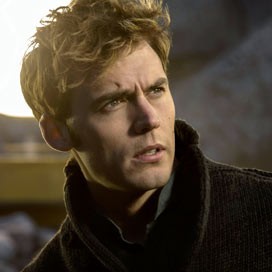 Former Hunger Games victor Finnick Odair helped the rebellion carry out their plan to sabotage the Games. Though he doesn't trust Katniss at the beginning, they become close, especially after their shared losses; Finnick's love, Annie, has been captured by Snow along with Peeta. He reveals over a worldwide broadcast that he has been sold as a sex slave by President Snow and that his clients tell him all sorts of secrets about the Capitol. He's reunited with Annie after the District 13 rescue mission that saves the captured victors -- thanks to Katniss, who insists on their pardons. He's now ready to be part of the effort to take down Snow, calling this the 76th Hunger Games in the trailer for the new film.