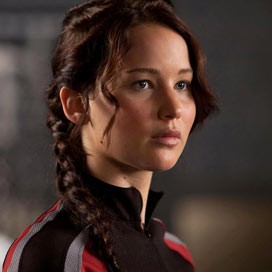 After entering the hidden District 13, Katniss is recruited as the Mockingjay for President Alma Coin. Though she and Coin butt heads over methods, she joins the battle and makes "propos," propaganda videos that Beetee broadcasts to the other Districts and the Capitol. President Snow, who has held a number of the Hunger Games victors hostage, has been using Peeta as his own sort of propaganda, torturing him and sending messages to District 13. Though Katniss isn't part of the rescue effort to free the victors (something she bargained for when agreeing to be the Mockingjay), she speaks to Snow from the bunker to give them time. Once Peeta returns, he attacks her. The rescue is a set-up and Peeta has been trained to kill her. Can she bring him back in time to help take down the Capitol?