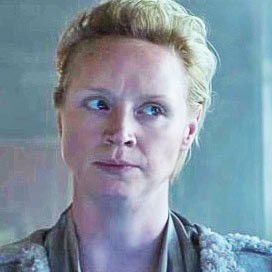 Commander Lyme is a rebel leader in District 2 and a former victor of the Hunger Games. We'll meet her in the journey to the attack the Capitol, but other than a brief appearance in the trailer in front of her troops, little is known about her role in the film.