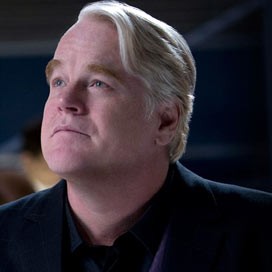 Plutarch Heavensbee was the Head Gamemaker for the Hunger Games, but was secretly working for the revolution the entire time. He was complicit in the plan to save some of the players and get the Mockingjay out of the arena, though, like everyone else, he kept the plan from Katniss. Now he's the Secretary of Communications in District 13 and using Katniss as a means to an end yet again. How involved will he be in the attack on the Capitol? That remains to be seen, but he certainly knows the ins and outs of his former home.