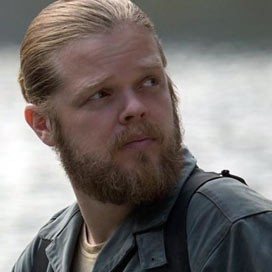 Pollux is an Avox, having no ability to speak after having his tongue cut out in the Capitol. Pollux is a cameraman on Katniss Everdeen's propos crew along with Castor (his brother), Cressida, and Messalla, who left the Capitol to join the rebellion. Pollux is the one who encourages Katniss to sing for the mockingjays while the group rests for a bit by a lake after a shoot. The resulting song becomes an anthem for the rebellion. He and the crew will join Katniss in the final attack on the Capitol.