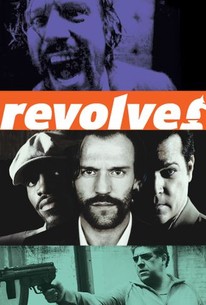 In attempting to meld his successful previous formulas with philosophical musings, Guy Ritchie has produced an incoherent misfire.

Gambler and conman Jake Green always ran with a bad crowd and it cost him seven years in jail. After his release, Jake becomes unbeatable at the tables using a formula for the ultimate con that he learned from two mysterious prisoners while on the inside. Now, he is ready to take his revenge against Dorothy Macha, the man responsible for his jail time. Macha is plotting to eliminate his ruthless rival, Lord John, and has staked his credibility on a huge drug deal with the all-powerful Sam Gold. Jake visits Macha at his casino and humiliates him publicly in a game of chance. Macha, fearing more of the same medicine, sends his goons to "take care of" Jake. His life is saved by enigmatic Zack who, with his equally inscrutable partner Avi, offer Jake protection. Against his better judgment, Jake accepts. He soon finds himself playing the very last game he wants to be playing, and there is danger at every turn. But, the biggest danger of all comes from a totally unexpected source--himself. It gradually transpires the real conman is in his head.

The Shend
as Teddy

Ian Puleston-Davies
as Eddie A

Jimmy Flint
as Eddie B

There are no critic reviews yet for Revolver. Keep checking Rotten Tomatoes for updates!