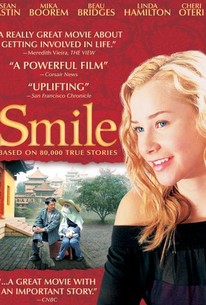 Two girls born at the same time on different sides of the world are brought together by an act of mercy in this drama. Katie (Mika Boorem) is a high-school student who has grown up in a wealthy suburb of Los Angeles. While Katie has never had to want for material things, she feels a certain dissatisfaction in her life, and between dealing with her combative parents (Beau Bridges and Linda Hamilton), her sexually aggressive boyfriend (Erik von Detten), and a mysterious boy who has caught her eye (Jonathan Trent), Katie is ready for a change in her life. One of Katie's teachers, Mr. Matthews (Sean Astin) persuades Katie to investigate Doctor's Gift, an international medical outreach program, as a rewarding volunteer opportunity that would look good on her college admission forms. Katie end up traveling to China with the Doctor's Gift team, where she discovers a world far different than the one she has known. Katie encounters Lin (Yi Ding), a girl who was born the same day she was but has led a very different life; facially disfigured, Lin was abandoned by her parents as an infant, and when she was taken in by Daniel (Luoyong Wang), it caused a rift that ended his marriage. The Doctor's Gift organization has offered to provide plastic surgery for Lin through their affiliated program Project Smile, but after previous surgery failed to correct her defects, Lin isn't so sure she wants to risk another disappointment. Writer and director Jeff Kramer based Smile on his daughter's experiences as a volunteer with Doctor's Gift, and the producers have pledged to donate a portion of the film's profits to the organization

Essie Shure
as Brittany
View All