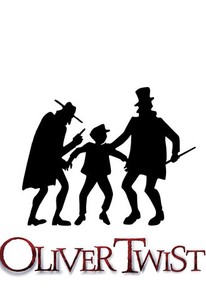 Polanski's version of Dickens' classic won't have audiences asking for more because while polished and directed with skill, the movie's a very impersonal experience.

Director Roman Polanski gives one of Charles Dickens' best-loved stories a new and dynamic interpretation in this period drama. Oliver Twist (Barney Clark) is a young orphan in Victorian England who has been sent to a dank workhouse run by the miserly Mr. Bumble (Jeremy Swift) when it is learned there is no one to care for him. When Oliver dares to ask for more gruel, he is sent away to live with an undertaker, who treats him poorly. Preferring life on the streets to the treatment he's been receiving, Oliver runs away to London, where he falls in with the Artful Dodger (Harry Eden), a youthful pickpocket. The Artful Dodger is one of a gang of young thieves overseen by Fagin (Ben Kingsley), a paternal but sinister criminal mastermind. While Oliver finds a home of sorts with Fagin and his young cohorts, he also falls into a dangerous life made all the more threatening by the presence of Fagin's menacing overlord, Bill Sykes (Jamie Foreman). Oliver Twist was Polanski's first feature film after enjoying a major career resurgence following the international success of his Oscar-winning World War II drama The Pianist. ~ Mark Deming, Rovi

Richard Durden
as Unkind Board Member

Elvis Polanski
as Boy with Hoop

Anezka Novak
as Woman in Street

David Meeking
as Policeman in Court

Kaeren Revell
as Other Woman in Street

Andrea Miltner
as Other Woman in Street

Kay Raven
as Woman at Window

Robert Orr
as Man in Pub

Richard Ridings
as Warder
View All