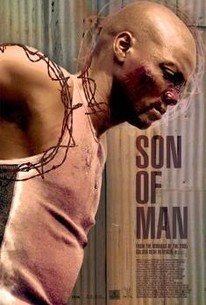 The story of the life and death of Jesus Christ gets a new (and strongly politicized) retelling in a powerful drama from Africa. Mary (Pauline Malefane) is seeking shelter in a schoolhouse during a skirmish in the midst of a bloody civil war when she is visited by an angel of the Lord, who tells her that she will give birth to the son of God. Mary raises Jesus (Andile Kosi) until he grows to adulthood; he then sets out on his own, preaching a new faith which embraces compassion and non-violence while rejecting the corruption and brutality of the current political leadership. Jesus' teachings attract a handful of disciples ranging in age, background, and gender, but as a military occupation force takes over the land, the actions of those who oppose their authority are monitored closely by the new government, and Jesus and his associates are no exception. While intelligence agents regard Jesus as subversive but harmless, one of his disciples, Judas (Jim Hgxabaze), secretly meets with the authorities and convinces them the mysterious miracle worker is up to no good. Son of Man received its North American premiere at the 2006 Sundance Film Festival. ~ Mark Deming, Rovi

News & Interviews for Son of Man

SUNDANCE: "Son of Man" Review
SUNDANCE: Blog — Redford and Ebert and Interviews, Oh My!
View All

Critic Reviews for Son of Man

Audience Reviews for Son of Man

There are no featured audience reviews for Son of Man at this time.