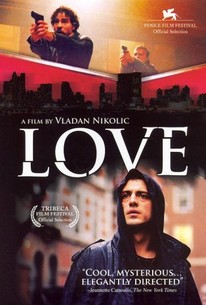 A reluctant Yugoslav hitman working in New York City finds his fate inescapably tied with that of his ex-wife and her law-enforcing current boyfriend in director Vladan Nikolic's contemplative character study in which all reality is subjective. An orphan from Bosnia who has been forced to assume the role of killer for hire by a blackmailing former covert-operations agent, the man known as Uncle Vanya (Sergej Trifunovic) is told that he must complete one final job before he is permitted to retire. When the simple money-for-drugs deal goes south and Uncle Vanya is forced to take a hostage, an already complicated situation takes a further turn for the worse when it's revealed that Uncle Vanya's hostage is none other than his former wife, Anna (Geno Lechner). As Anna's current boyfriend uses his police authority to close in on the pair and Uncle Vanya's enraged boss dispatches his bumbling thugs to scour the city for the killer-in-hiding, Uncle Vanya and Anna attempt to reconcile their past while begrudgingly acknowledging that a future together is impossible.

Adam Epstein
as Off Duty Cop

Rick Sirianni
as Policeman No. 1

There are no featured audience reviews for Love at this time.