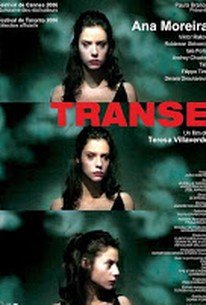 Portuguese filmmaker Teresa Villaverde turns her attentions to the topic of human trafficking in modern-day Europe with this tale of an optimistic Russian émigré who is forced into prostitution after leaving St. Petersburg to seek out a better life in Germany. Sonia (Ana Moreira) is a dreamer in her early twenties who is looking to escape the bleak poverty of St. Petersburg in hopes of improving her unfortunate lot in life. Upon finding illegal work at a German car factory, it appears as if Sonia's luck may be taking a turn for the better. When the factory is supposedly raided by police looking for illegal workers and a fellow Russian implores the Sonia to hide in the trunk of a car, the panicked girl's once bright future begins to grow considerably dimmer. Subsequently smuggled across Europe, Sonia is used as a sex slave in Germany before being transported to Italy to serve as a human plaything for the simple minded son of a powerful millionaire. Now trapped in an opulent mansion prison with no one to turn to and no place to run, Sonia soon becomes obsessed with the prospect of escaping her outwardly lavish hell on Earth. ~ Jason Buchanan, Rovi

There are no featured audience reviews for Transe (Trance) at this time.