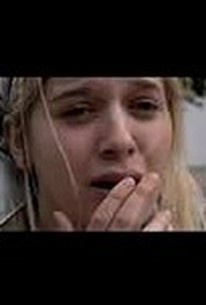 Miriam is only 14 years old when she loses both her family and her innocence to the horrors of the Holocaust. Orphaned and interned in Lithuania's notorious Slobodka labor camp, Miriam musters the courage and the will to fight back and is finally rescued by the Jewish underground. Placed in the home of a married couple and provided with a new identity, Miriam finds temporary sanctuary, until she is raped and impregnated by the very man chosen to protect her. Left to fend for herself as an unmarried mother, Miriam conceals her identity to ensure her safety and that of her child during the Russian occupation of Lithuania, living as a Christian and working towards career as a successful pharmacist. After years of tragedy and betrayal, Miriam finally finds love with a handsome KGB officer, whose affectionate nature is very much at odds with his brutal job. But, with Moscow's anti-Semitic policies haunting her at every turn, Miriam's struggle to remain true to both her heritage and her new family is far from over. Yet, no matter what obstacles she faces, Miriam's spirit rarely falters, and the final chapters of her true story are as riveting as any novel.

There are no featured audience reviews for Miriam at this time.