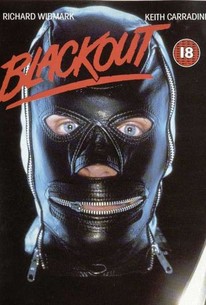 A woman fears that her amnesia-stricken husband may be a serial killer in this made-for-cable thriller. After family man Ed Vinson gruesomely murders his wife and kids and skips town, police investigator Joe Steiner (Richard Widmark) becomes obsessed with capturing the monster -- even after he's forced to retire from the force. Meanwhile, hundreds of miles away, a traffic accident kills one man and leaves another (Keith Carradine) a hideously disfigured amnesiac. Police can't figure out who the survivor is, so he takes the name Allen Devlin and, after reconstructive surgery, falls in love with and marries his recently divorced nurse, Chris Graham (Kathleen Quinlan). Several years later, Steiner shows up in town, convinced Devlin is really Ed Vinson; his dogged pursuit threatens the happiness the Devlins have carved out for themselves and their children -- especially after a series of gruesome rapes begins to occur. The evidence seems to implicate Allen in the attacks, but Chris suspects that her old boyfriend, cop Mike Patterson (Michael Beck), is trying to frame him. The tension escalates as Chris suffers through a series of anonymous phone calls from a man who seems to think he's Ed Vinson; when her son finds a grotesque fetish mask in the garage, even Chris begins to doubt her husband's innocence. Directed by British horror veteran Douglas Hickox and written by Amityville 3D scribe David Ambrose, Blackout premiered on the Home Box Office network in 1985.

There are no featured audience reviews for Blackout at this time.