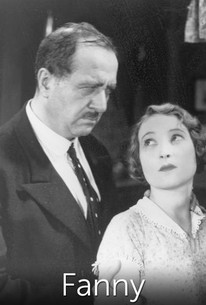 In this sequel to Marcel Pagnol's Marius, which picks up roughly where the first film left off, sailor Marius (Pierre Fresney) has left for the sea, while his girlfriend Fanny (Orane Demazis) is pregnant with his child. Through she still loves Marius, Fanny bows to the pleas of her parents and agrees to marry Panisse (Fernand Charpin), an elderly sail maker, so that her baby will have a name and a father at home. Marius' father Cesar (Raimu) tries to keep Fanny's marriage and the child that Marius fathered a secret from him, but to no avail; when Marius learns of Fanny's predicament, he comes home as quickly as possible. While Marius and Fanny want to reconcile, Fanny's parents will hear nothing of it, and Panisse refuses to give Fanny up, declaring that while he is not the biological father of the child, the baby is his son in every other sense. With a heavy heart, Cesar advises his son to return to the life of the sea, and a heartbroken Marius follows his father's advice. Pagnol concluded his "Marseilles Trilogy" three years later with Cesar.

There are no featured audience reviews for Fanny at this time.