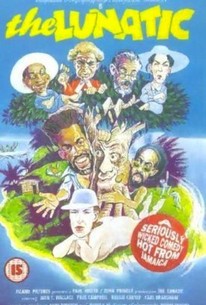 British rock musician and video director Lol Creme directed this whimsical tale featuring madmen, talking trees and big-breasted women. Aloysius (Paul Campbell) is a sweet-natured idiot who spends most of his time in a small Jamaican town talking to trees and animals. In fact, his best friend is a giant limbed tree, sleeping under its branches at night. Problems begin with the arrival of a sex-crazed German tourist named Inga (Julie T. Wallace), who enlists Aloysius as a guide and erotic slave. So insatiable is this busty German that Aloysius is compelled to complain, "Dee pum pum is worse tyranny than colonialism." Aloysius's plight intensifies when Inga's father cuts off her supply of money. Desperate for cash, she persuades Aloysius and her other paramour, the aptly named Service Johnson (Carl Bradshaw), to break into the home of wealthy Busha (Reggie Carter) to steal his money. Aloysius agrees, convinced that Inga is the love of his life. But the robbery goes bad and, although Aloysius saves the life of Busha, he faces hard time at the local workhouse.

Morris Roundtree
as Captain of the Cricket Team

Critic Reviews for The Lunatic

Audience Reviews for The Lunatic

There are no featured audience reviews for The Lunatic at this time.