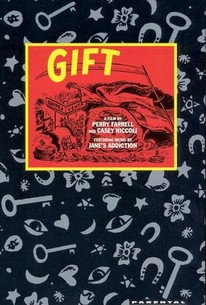 Perry Farrell, the leader of the popular but now defunct LA band Jane's Addiction makes his directorial and acting debut in this arty, at times shocking, look at a drug-addicted couple. The film also stars Casey Niccoli as his wife. It all begins while Perry is recording at a studio. Casey calls him to let him know that she has bought him a "gift." Unfortunately, before he gets home, she shoots up with it and dies of a drug overdose. He arrives home and has a flashback that shows how they got to this point, thanks in-part to an unethical physician. The story then continues to jump from present to past as Perry awaits the arrival of the paramedics. At one point he has sex with her corpse while reflecting on their attempts to kick the drugs. He then remembers their voodoo wedding in Mexico. When the ambulance finally arrives, the paramedics are greeted by a very strange sight that causes them to call the cops and have Perry questioned and ultimately accused of murder.

There are no critic reviews yet for Gift. Keep checking Rotten Tomatoes for updates!

There are no featured audience reviews for Gift at this time.