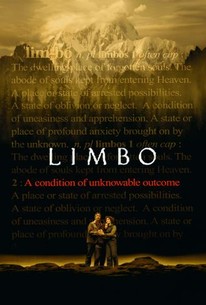 Writer/director John Sayles once again takes his audience to a place they may never have been before (this time both psychologically and geographically). Joe Gastineau (David Strathairn) lives in Juneau, Alaska, where his life has been stuck in neutral for about 25 years. When he was young, Joe was involved in an accident on a fishing boat that led to the death of two crewmembers, and he's never recovered from the blow. When Joe meets Donna De Angelo (Mary Elizabeth Mastrantonio), however, he starts to come out of his shell. Donna is a lounge singer who goes from job to job, wherever she can get work. Her life has been built around being able to pick herself up when she falls and learning to be comfortable wherever she lands -- a gift that her teenage daughter, Noelle (Vanessa Martinez), does not share. Donna and Joe become attracted to each other, and her example leads Joe to take a job on a boat again. However, just as Joe's life is starting to get back on track, his ne'er-do-well half-brother Bobby (Casey Siemaszko) arrives to ask Joe a favor. One disaster leads to another, and Joe soon finds himself stranded on an island with Donna and Noelle, trying to hide from a group of men out to kill him. Shot on location in Alaska by award-winning cinematographer Haskell Wexler, Limbo also features a soundtrack with a new song by Bruce Springsteen, "Lift Me Up"; Sayles directed three Springsteen music videos in the 1980s.

Andy Spear
as Bad Guy No. 1

Dave Hunsaker
as Bad Guy No. 2
View All

There are no featured audience reviews for Limbo at this time.