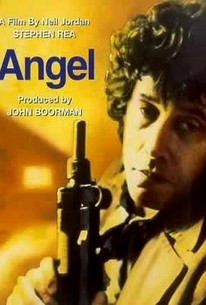 In a year when the Cannes Film Festival honored the histrionic shrieking of Isabelle Adjani in Possession with a Best Actress Award, it should come as no surprise that this similarly melodramatic Greek film from Yiorgos Katakouzinos was one of the most discussed entries in the Directors' Fortnight. It stars Michalis Maniatis as Angelos, a young gay man with a drunken father, a crazy mother, and a crippled sister. Angelos falls in love with a dodgy sociopathic Marine named Michalis (Dionyssis Xanthos), who turns him into a transvestite hooker. When Angelos gets arrested and kicked out of the army, his father commits suicide and Michalis starts beating and raping the grieving Angelos. Finally, it's all too much for Angelos to take and he bloodily stabs Michalis to death in his sleep. Not what one would describe as "subtle," the film still benefits from a memorable performance by Maniatis, who hits every discordant note that Katakouzinos' script demands of him with admirable depth and realism. ~ Robert Firsching, Rovi

Tony Quinn
as Maloney
View All

There are no critic reviews yet for Angel. Keep checking Rotten Tomatoes for updates!

There are no featured audience reviews for Angel at this time.