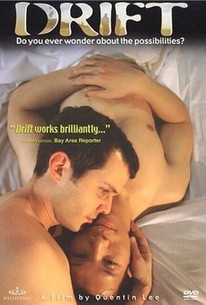 A man deciding if he should stay with his lover or explore new options looks at his story from several different angles in this gay-themed independent drama. Ryan (R.T. Lee) is a twentysomething aspiring screenwriter who shares a flat with his lover of the past three years, Joel (Greyson Dayne), and makes his share of the rent working at a coffee shop. One night at a party, Ryan meets Leo (Jonathon Roessler), a young college student, and they enjoy a lively conversation about their fondness for vintage horror movies and true crime stories. Ryan finds he's very attracted to Leo, even though he's much younger and still coming to terms with his sexual orientation, and shortly before he's to celebrate his anniversary with Joel, Ryan decides to break things off with his partner to take a stab at a new relationship with Leo. Or, at least that's how things could have gone; the film then replays events from a different perspective, imagining a scenario where Ryan instead decides to stand by his man, and later we're offered a third variation on this theme. Drift was the debut feature from director and screenwriter Quentin Lee.

There are no featured audience reviews for Drift at this time.