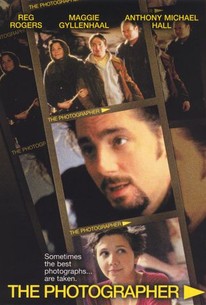 Several stalwarts of the New York independent film scene make appearances in this tale of a creatively frustrated photographer and his search through the streets of Manhattan for ten mysterious snapshots which may hold the key to continued success. The film opens as Max (Reg Rogers), a former wunderkind in the city's art scene, awaits his eagerly-anticipated follow-up show. Although it's been a year since his big splash, Max has nothing to show for himself -- the pressure of his success has left him creatively stunted. His luck changes, however, when an enigmatic barfly shares a beer and some conversation with Max at a bowery-area watering hole. On the bar, the man leaves behind an envelope with ten stunning photographs. Hoping to pass them off as his own, Max leaves, elated -- only to have his artistic gift nabbed by muggers. Our hero spends the rest of the evening on a goose chase through the armpits of the city, encountering lovable misfits at every turn. Writer-director Jeremy Stein populates his debut feature with a wide array of notable N.Y.C. character actors, including John Heard, Maggie Gyllenhaal, and Tom Noonan.

Leslie Lyles
as Zora
View All

Critic Reviews for The Photographer

Audience Reviews for The Photographer

There are no featured audience reviews for The Photographer at this time.