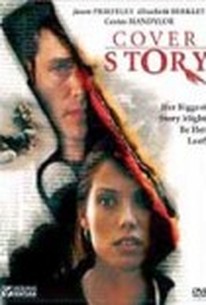 A high-profile magazine editor is framed for murder after refusing the advances of a powerful billionaire's brother in this thriller starring Beverly Hills 90210's Jason Priestley and Showgirls' Elizabeth Berkley. When V Magazine editor Tyler Nobel arrives at work on what seems to be an average morning, the discovery of a detailed sex diary on her desk reveals a young woman involved with a wealthy society man whose underworld connections raise dark implications. Realizing that the man mentioned in the diary is reclusive billionaire J.C. Peck, Nobel's hunger for a high-profile, international cover story finds her making the acquaintance of a J.C.'s younger brother Mark at a party. Though Mark draws Tyler to his remote country estate with the pretense of offering a private meeting with his brother, his advances toward Tyler once they reach the estate turn aggressive and she is forced to knock her assailant unconscious in order to escape. Arrested the following morning for Mark's murder, Tyler must launch her own investigation if she is to reveal the true killer and discover the fate of the sex-diary's mysterious author. ~ Jason Buchanan, Rovi

There are no critic reviews yet for Cover Story (Ambition fatale). Keep checking Rotten Tomatoes for updates!

There are no featured audience reviews for Cover Story (Ambition fatale) at this time.