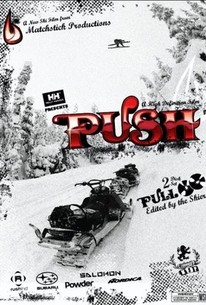 Three friends become involved in the drug trade after coming into possession of a package of ecstasy, only to discover a bit too late just how dangerous things can get when you dabble in the dark side in a simmering crime drama featuring Michael Rapaport and Chazz Palminteri. No matter how hard they try, Joe, Kevin, and Mickey just can't seem to get ahead. Their lives in shambles and their finances crumbling, the desperate trio think they've hit a goldmine when, during a night on the town in a high-profile Miami nightclub, they are unexpectedly bestowed with a highly profitable package containing a healthy payload of ecstasy. In offering to distribute the drug to their personal, business, and party contacts, Joe, Kevin, and Mickey soon find themselves under the proverbial thumb of Miami's most feared drug lord. Subsequently spurned on by their initial success, the naïve trio eventually agrees to increase their distribution as fading loyalties and emerging additions threaten to put a permanent end to much more than just their lucrative endeavor.

Christopher Jordan
as Manny
View All

There are no featured audience reviews for Push at this time.