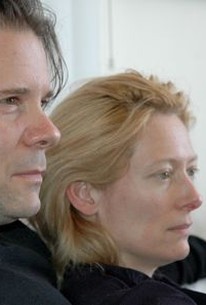 Filmmaker Lynn Hershman-Leeson examines a strange miscarriage of justice amplified by post-9/11 hysteria in this imaginative fusion of documentary and docudrama. Steve Kurtz is an artist and political activist who was an associate professor at the State University of New York's Buffalo campus and a member of a politically oriented creative collective known as the Critical Art Ensemble. In the spring of 2004, Kurtz was preparing an installation of pieces commenting on the potential dangers of genetically modified foods for the Massachusetts Museum of Contemporary Art when his wife, Hope Kurtz, unexpectedly suffered heart failure. Kurtz called 911 to report the emergency, but by the time the police arrived she was dead. While looking through Kurtz's home, authorities found petri dishes used to grow bacteria and genetically modified flies the artist had obtained for his exhibit; soon, a Hazmat crew had sealed off the house, and Kurtz was behind bars under laws designed to combat bioterrorism. While Kurtz purchased his materials legally through the Internet and the case against him is flimsy at best, the FBI has refused to drop charges against him, in part because the federal government is eager to strengthen bioterrorism laws rather than call attention to their flaws, and in part because the Food and Drug Administration would prefer to keep critics of bioengineered food (which the FDA has embraced over the objection of many in the scientific community) as quiet as possible. Since Kurtz is not able to tell his own story on camera, for the film Strange Culture Hershman-Leeson has combined interviews and newsreel footage with cinéma vérité-style re-creations, featuring actors Thomas Jay Ryan as Steve Kurtz, Tilda Swinton as Hope Kurtz, and Peter Coyote as Steve's associate Robert Ferrell. Strange Culture also features an original score by pioneering experimental rock group the Residents.

Larissa Clayton
as Char
View All