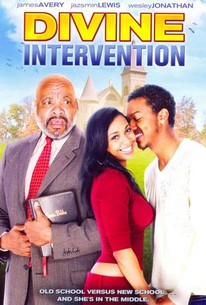 When the traditionally minded pastor of a fundamentalist Baptist church suffers a debilitating stroke, the energetic young preacher brought in as a temporary replacement draws the ire of both his ailing predecessor and the jealous deacon who seeks to sabotage the stylish but sincere clergyman's career. Reverend Robert Gibbs has a decidedly unconventional means of preaching the gospel, so when he is recruited to stand-in for the debilitated Reverend Matthews during the latter's convalescence the congregation is at first somewhat taken aback. Eventually, however, the congregation warms to their new pastor, gradually embracing his hip style of preaching. As attendance at the California-based church begins to perk up, Reverend Gibbs makes the acquaintance of a pretty local teacher named Divine who lost her faith after losing her mother to cancer. Later, as Reverend Gibbs does his best to help restore the woman's faith, he discovers that she is in fact the daughter of the disapproving Reverend Matthews. When it begins to look as if Reverend Matthews may not be able to return to his post after all, the scheming Deacon Wells digs deep into Reverend Gibbs' past on a mission to prevent him from both becoming the permanent pastor and winning the heart of the lovely Divine.

There are no featured audience reviews for Divine Intervention at this time.