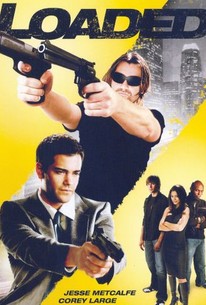 A privileged man with a profitable job, a beautiful girlfriend, and a loving family becomes hopelessly entangled with a vengeful drug dealer who assumes the role of his best friend before revealing his diabolical true colors. Tristan Price (Jesse Metcalfe) has a bright future, but when the shade begins to eclipse the sun, things turn bad more quickly than he could have ever anticipated. It seems that sometimes the most stable of folks are also the ones who crave adventure most, and Jesse is a prime example of that penchant. When Jesse meets up with charismatic cocaine dealer Sebastian Cole (Corey Large), the allure of fast cars, fast women, and automatic weapons find the thrill-seeking everyman suddenly drawn into a dangerous world of sex, drugs, and violence. But Jesse's new best friend is also his new worst enemy, and if he has any hope of pulling out of his current tailspin and salvaging relationship with his faithful girlfriend (Monica Keena) he will have to confront the man that could take it all away with the lightening flash of a finger on the trigger.

There are no critic reviews yet for Loaded. Keep checking Rotten Tomatoes for updates!