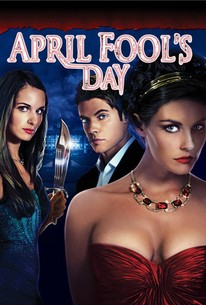 The beautiful people prove just as susceptible to death as their lower-class counterparts in this Butcher Brothers shocker about an upper-crust prank gone horribly awry. It's been a full year since Milan Hastings was killed in an elaborate prank organized by elitist heiress Desiree Cartier and her scheming brother, Blaine, and now the most popular kids in their social set are dropping like flies. No one is safe from the unseen killer who stalks their ranks, not aspiring actress Torrance, gay gossip columnist Charles, self-absorbed beauty queen Barbie, or her Republican fiancée, Peter -- a promising political hopeful. As the body count begins to rise, Desiree suspects that aspiring filmmaker Ryan may be to blame given that he still carries a torch for his beloved Milan. But the reality is much more complicated than that. It would seem that someone out there knows the truth about Desiree's nasty little prank on Milan, and they're willing to go to extraordinary lengths in order to elicit a confession from the scheming heiress. Desiree has been harboring a dark secret ever since that fateful night when Milan died, and this April Fools Day the folks who have since suffered for her greed will finally get to watch as the girl who had it all gets her just deserts.

Jennifer Siebel
as Barbie
View All