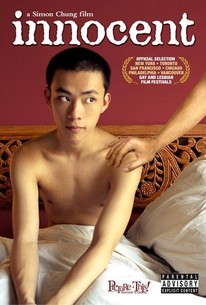 Independent filmmaker Simon Chung offers the pensive story of a family who emigrates from Hong Kong to Canada, only to find their relationships gradually dissolving, in this gentle coming-of-age tale focusing on the experiences of a gay teen looking to find his way in a new land. When Eric (Timothy Lee)'s first came to Toronto, he thought they were simply going on vacation. In truth, their move was a desperate attempt to escape the unpaid debts incurred by his father's failing business. Though his father (Wilson Kam Wing Wong) seems to wander the streets aimlessly upon their arrival in the bustling Canadian metropolis, his mother (Jovita Adrineda) seems to find success by launching a restaurant with a bit of help from a business-savvy mainlander emigrant (Mr. Huang). Soon after falling in with a kindly middle-aged Canadian man (Larry Peloso) with a special affinity for Asian boys, Eric finds himself ostracized by his fellow students for making a pass at his new best friend Jim (David Yee). Though a subsequent attempt to befriend a worker (David Lieu Song Wei) doesn't turn out quite as Eric suspected it may have, it does open some new doors for the struggling teen as he sets his sights on New York and a wondrous new world of vast possibilities. ~ Jason Buchanan, Rovi

There are no featured audience reviews for Innocent at this time.