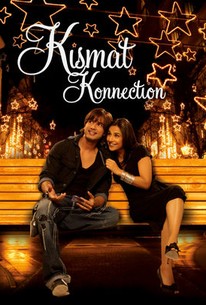 A man finds the key to success may be a woman he can't have in this musical comedy-drama. Raj Malhotra (Shahid Kapoor) was near the top of class when he graduated from college, and when he moved to Toronto to launch a career as an architect, everyone imagined he was a sure bet to succeed. However, five years later Raj's career is stuck in neutral, and his best friend Hitten (Vishal Malhotra) isn't faring much better. Raj has been given an assignment to design a shopping center for powerful business magnate Sanjeev Gill (Om Puri), but so far none of Raj's ideas have made an impression. Raj is nearing the end of his rope when he nearly runs into a woman named Priya (Vidya Balan); while she's lovely, she clearly doesn't like him, and his feelings are no more positive. However, after meeting her Raj discovers things start going his way at work, and Sanjeev begins making enthusiastic comments about his designs for a change. Raj concludes Priya is his good luck charm, and that if he wants to keep enjoying good fortune he needs to keep her in his life. But Raj's efforts to court Priya turn sour when he discovers she's already engaged to be married. Kismat Konnection also stars Juhi Chawla and Himani Shivpuri. ~ Mark Deming, Rovi