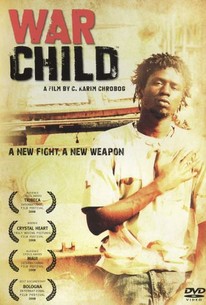 Filmmaker C. Karim Chrobog recounts the remarkable story of child soldier-turned-hip-hop star Emmanuel Jal in this documentary tracing the life of the Sudan-born rapper through the good times and the bad. Born in Tonj to a Sudanese Liberation Army soldier and a mother who died when he was just a child, Jal was eventually relocated to Ethiopia and trained as a soldier at the tender age of seven. In 1991, Jal and 400 other children abandoned the army. Only 12 of the children survived the exodus, and Jal was ultimately adopted by a woman working for a children's relief organization known as "Street Kids." After being smuggled into Kenya by his new mother, who was married to a rebel leader, Jal began attending school in Nairobi. When his mother died in a car crash in 1993, his friends all chipped in to help Jal continue his education. Twelve years later, the rising hip-hop star would storm the music charts with his hit single "Gua." Performing his songs in a unique combination of English, Arabic, and Swahili as well as two native Sudanese languages, Jal frequently sings about such pressing issues as the need for peace in such regions as Sudan -- a nation struggling to regain its balance in the midst of a violent civil war. In addition to being the spokesperson for "Stop the Use of Child Soldiers," Jal also assumed the role of ambassador for the development aid organization Oxfam in 2006.

There are no featured audience reviews for War Child at this time.