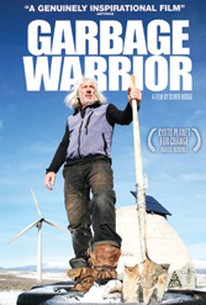 Michael Reynolds is hardly the first architect to bring an environmental consciousness to his work, but few have followed the same path he has. Reynolds designs dwellings that are built from cast-off materials -- one of his buildings was primarily constructed from old beer cans, and he's created other homes from used tires, empty water bottles, and other materials that had been thrown away. Just as importantly, Reynolds' projects are homes that are self-sustaining and either significantly reduce or eliminate dependence on outside power, water, and sewage sources. However, not all of Reynolds' ideas have been welcomed by American housing authorities, who insist some of his ideas violate existing laws regarding water and sewage use, and he has been fighting an uphill battle in his home state of New Mexico to keep building his "Earthships," which have become popular with green activists. Reynolds hasn't met the same resistance in the Third World, where he's been welcomed to help build inexpensive and sustainable housing in the wake of natural disasters. Garbage Warrior is a documentary by Oliver Hodge which profiles this maverick architect, demonstrates his unique ideas, follows him as he fights with authorities for environmentally responsible housing, and travels the world spreading his message. Garbage Warrior received its American premiere at the 2007 Silverdocs Film Festival, a festival for documentary cinema sponsored in part by the American Film Institute. ~ Mark Deming, Rovi