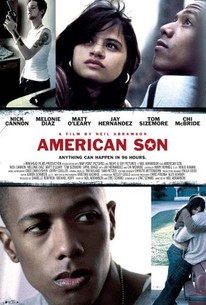 A young man tries to tie up some loose ends before he goes to war in this independent drama from director Neil Abramson. Mike Holland (Nick Cannon) is nineteen years old and has just completed his basic training as a private in the United States Marine Corps. Mike has a four-day leave so he can visit his family for Thanksgiving, and then has orders for combat duty in Iraq. Mike wants to spend time with his family and friends before he ships out, but he doesn't want to tell anyone that he'll be stationed in Iraq. While taking the bus home to Bakersfield, California, Mike meets Cristina (Melonie Diaz), and it doesn't take long for him to realize he's infatuated with her. Mike makes a date to spend some time with Cristina, but he already has a busy schedule over the next four days. Mike catches up with his little sister (Erica Gluck), his doting mother (April Grace) and her taciturn new husband (Tom Sizemore), and sees his estranged father (Chi McBride) for the first time in years. Mike also hangs out with his best friend Jake (Matt O'Leary), but discovers he's begun taking a different path in life while Mike was in boot camp. And Mike happens to meet a disabled soldier back from Iraq (Jay Hernandez) who gives him an idea of what he can expect during his tour of duty. American Son was screened in competition at the 2008 Sundance Film Festival.

Erica Gluck
as Tricia
View All