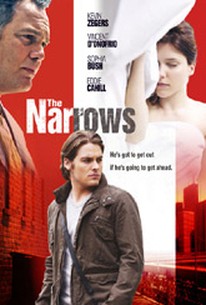 A 20-year-old man at a crucial crossroads in life finds himself caught between two worlds and two women in director François Velle's feature adaptation of author Tom McLoughlin's original novel Heart of the Old Country. Mike Manadoro (Kevin Zegers) is a Bay Ridge, Brooklyn shutterbug who lives with his father, Vinny (Vincent D'Onofrio), a former Department of Sanitation worker who is now retired on disability. Despite the fact that Vinny is officially retired, he still manages to draw a healthy income thanks to his side job as Bay Ridge's main numbers runner. It's Mike's job to drive his father on his "rounds," and while Vinny is taking care of business Mike passes the time by snapping pictures of the neighborhood locals. Seeing great promise in Mike's impressive portfolio, an influential professor offers the amateur photographer a partial scholarship to a high-profile university in Manhattan. It's the opportunity of a lifetime to be sure, though Mike soon finds out that there are strings attached. Unfortunately for Mike, Vinny is a proud man who refuses to allow his son to seek out financial aid. But Vinny has underestimated his son's desire to accomplish something more in life, and before long Mike is leading a double life in order to forge ahead into the future. Unbeknownst to his father, Mike accepts a job delivering "packages" for a local mobster named Tony (Titus Welliver). But while the job does help Mike bring in the cash he needs to cover his tuition, his two worlds begin to collide after he meets beautiful and refined fellow student Kathy (Sophia Bush). Unfortunately Mike's longtime girlfriend, Gina (Monica Keena), is none too happy about this latest development, and the situation quickly begins to spiral out of control.

Michael Kelly
as Danny
View All

Critic Reviews for The Narrows

Audience Reviews for The Narrows