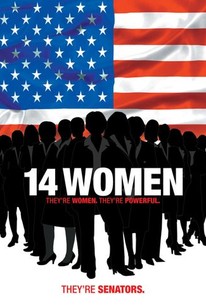 Between 1789 and 2006, only 35 of the 1,875 people who were elected to serve in the United States Senate were women, so 2006 became a banner year when 14 women held seats in the Senate (and two more were elected in the mid-term elections held that year). Director Mary Lambert and producers Nicole Boxer and Sharon Oreck profile these women who've risen to the highest echelons of power and service in America in this documentary. 14 Women offers an inside portrait of women in politics -- Lambert is the sister of Senator Blanche Lincoln of Arkansas, while Boxer is the daughter of Senator Barbara Boxer of California, allowing the filmmakers an access to their subjects many filmmakers would not enjoy. At the same time, 14 Women allows its subjects a chance to talk about the "glass ceiling" in American politics, the hard work that goes into serving in Congress, and how gender can sometimes trump party allegiances in dealing with their colleagues on Capitol Hill. 14 Women received its world premiere at the 2007 Silverdocs Film Festival, a festival for documentary cinema sponsored in part by the American Film Institute.

There are no critic reviews yet for 14 Women. Keep checking Rotten Tomatoes for updates!

There are no featured audience reviews for 14 Women at this time.