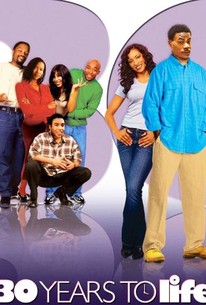 A handful of close friends, due to turn 30, discover that their dreams for the future are running headfirst into the realities of adulthood in this character-driven comedy-drama. Natalie (Melissa De Sousa) is a banker who is happy with her job, but is tired of being single, and her pursuit of a husband is taking her down several blind alleys in the world of dating. Joy (Erika Alexander) has developed a similar desire to settle down and get married, but while she has a long-term boyfriend, Leland (T.E. Russell), he isn't so sure he wants to make a lifetime commitment. Troy (Tracy Morgan) is a comic who has been on the verge of a career breakthrough for years, but he's started to wonder if his big break is ever going to arrive. Maleek (Allen Payne) is a white-collar executive who thinks life is passing him by, and is pondering giving up a stable career to start over as a male model. And Stephanie (Paula Jai Parker) is comfortable with her job in real estate, but she's not so comfortable with herself as she struggles with a weight problem she's had since childhood. 30 Years for Life marked the directorial debut for Vanessa Middleton, who previously distinguished herself as a television writer for such series as Cosby and Hangin' With Mr. Cooper.

T.E. Russell
as Leland
View All

Critic Reviews for 30 Years to Life

Audience Reviews for 30 Years to Life

There are no featured audience reviews for 30 Years to Life at this time.