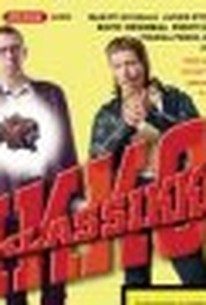 A writer begins to wonder about his life and his manhood in this satiric comedy. Kari Hotakainen (Martti Suosalo) is a novelist whose career isn't going especially well; while his books are well reviewed, they don't sell, and his publishers have told him they want him to make some changes for his next effort. Since autobiographical works written in the form of diary entries are selling well, Hotakainen's editor suggests he try this approach; however, the truth is that Hotakainen's life isn't all that interesting, and the writer decides he needs to push his personality into higher gear. To encourage himself to live a bit more on the edge, Hotakainen considers buying a used Alfa Romeo, and while dickering with car dealer Kartio (Matti Onnismaa), he meets Pera (Janne Hyytiainen), a reckless and vodka-soaked woman-chaser who appears to be the sort of "man's man" Hotakainen wants to become. As Hotakainen and Pera get to know one another, Hotakainen finds himself frequently pondering the question of what masculinity means in contemporary Finnish culture, and what makes a "real man." Klassikko is based on a novel by Finnish writer Kari Hotakainen, who, in keeping with the book's theme, named the protagonist after himself.

Critic Reviews for Klassikko (The Classic)

There are no critic reviews yet for Klassikko (The Classic). Keep checking Rotten Tomatoes for updates!

Audience Reviews for Klassikko (The Classic)

There are no featured audience reviews for Klassikko (The Classic) at this time.