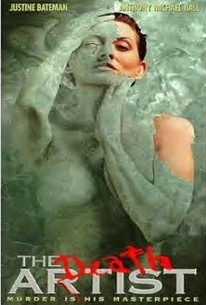 A Bucket of Blood

A Bucket of Blood Photos

An updated but faithful remake of Roger Corman's 1959 exploitation favorite, this campy horror-comedy chronicles the deviant exploits of a coffee-house busboy whose dream of becoming a famous artist comes true after he accidentally stumbles upon a way to make eerily life-like statues. Directed by Michael James McDonald and executive produced by Corman, the story is adapted from Charles Griffiths' original script. As in the first story, this version takes place in a Venice Beach coffee house filled with quirky performance artists, and "alternative types" (originally beatniks). Anthony Michael Hall replaces the inimitable Dick Miller as the geeky busboy Walter. Originally aired on cable, Buckets of Blood was released on video as The Death Artist.

Critic Reviews for A Bucket of Blood

There are no critic reviews yet for A Bucket of Blood. Keep checking Rotten Tomatoes for updates!

Audience Reviews for A Bucket of Blood

There are no featured audience reviews for A Bucket of Blood at this time.

A Bucket of Blood Quotes