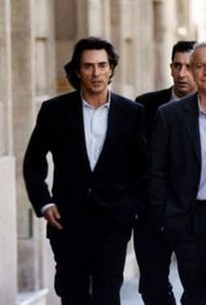 The son of actor Bernard Blier, director Bertrand Blier is known throughout France for his documentaries and dark depictions of sex and its impact on society. Though his influences and personal opinions clearly shine through, Les Acteurs is a satirical take on the ups, downs, and numerous implications of life in showbiz as told by a variety of real-life French actors. Among the featured cast are André Dussollier, Jean-Pierre Marielle, Jacques Villeret, Claude Rich, and Pierre Arditi, all of whom play themselves.

Sami Frey
as Himself

Jean-Quentin Châtelain
as A Servant

Michael Lonsdale
as Himself

Daniel Cauchy
as An Actor

Maria Schneider
as Herself

Claude Brasseur
as Himself

Michel Piccoli
as Himself

Claude Rich
as Himself

Jacques François
as Himself

François Berléand
as The Man who Stole Arditi's Wife

Jean-Pierre Marielle
as Himself

Pierre Arditi
as Himself

Jacques Villeret
as Himself

Jean-Paul Belmondo
as Himself

Bertrand Blier
as Himself

Gérard Depardieu
as Himself

Alain Delon
as Himself

Bernard Crombey
as A Servant

Albert Dupontel
as The Police Inspector

Laurent Gamelon
as The Motorist
View All

There are no critic reviews yet for Les Acteurs (Actors ). Keep checking Rotten Tomatoes for updates!

There are no featured audience reviews for Les Acteurs (Actors ) at this time.