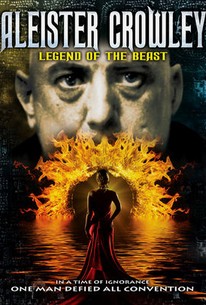 Aleister Crowley: Legend of the Beast

Since the onset of the human race there have been those who instinctively understood the nature of reality and sought to impose their will upon it by co-operating with and honoring the forces that governed it. Although History has left a rich legacy of Magick, Magicians and Wizards with such names as Pythagoras, Paracelsus, John Dee, Cagliostro, Israel Regardi and Eliphas Levi, in the modern era there is only one whose name is still spoken with fearful reverence as the most powerful and influential magician who ever lived - Aleister Crowley. Hailed as the wickedest man alive and called the Great Beast 666 by his own mother, Crowley was also one of the most accomplished philosophers, poets, authors, mountain climbers, chess players and sensationalists of his or any other time. Aleister Crowley was a magnet to all, many were drawn to his presence and exceptional wisdom but there were also those that he repelled. This film looks back on one man's amazing journey from his death bed. From his devout Christian upbringing through his many aspirations as he looks back on his life, the sadness, the triumphs, the glory and the pain of how he lived and loved. The myth of the Satanist is dispelled and the true nature of a flawed but great man is left. A man who dared to live by his own true will in a time of ignorance, a man with many demons who invoked and manifested unimaginable spiritual forces, a man who truly understood the realms beyond our reality and claimed, "Do What You Wilt Shall Be The Whole Of The Law." Reality Is What You Make It.

Critic Reviews for Aleister Crowley: Legend of the Beast

There are no critic reviews yet for Aleister Crowley: Legend of the Beast. Keep checking Rotten Tomatoes for updates!

Audience Reviews for Aleister Crowley: Legend of the Beast

There are no featured audience reviews for Aleister Crowley: Legend of the Beast at this time.