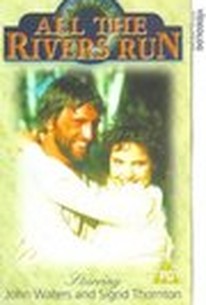 All the Rivers Run 2

Series II takes up the story of Delie and Brenton Edwards at the turn of thecentury, at a moment when bad times have struck the once thriving river boat trade. New roads and railway lines threaten the very existence of the grand oldpaddle-wheelers of the Murray and striking shearers threaten the lives of theircrews.Into the explosive situation walks Cyrus James, a charming, but mysterious overseasentrepreneur. He is immediately attracted to Delie, but backs off when he encountersBrenton. The three become close to friends.Trying to mediate in the dispute between the shearers and the riverboat skippers,Brenton is framed on a charge of seriously injuring a local businessman. He issentenced to imprisonment in Melbourne.Without Brenton, Delie is faced with a custody battle over her children and the notaltogether unwanted attentions of Cyrus.Alone she must fight to keep her family and the riverboat "Philadelphia".In a desperate attempt to help her, Brenton escapes. When trying to reach hischildren, a waiting policeman, the same man in the employ of the wealthy squatterswho framed Brenton in the first place, shoots Brenton.Brenton disappears in the murky waters of the swollen River Murray, leaving only atrail of blood behind.Can Delie alone save her children and the riverboat?Will she succumb to the charms of Cyrus ?Is Brenton still alive ?All the Rivers Run II has all the romance, adventure and even more intrigue than itsinternationally successful predecessor.

Critic Reviews for All the Rivers Run 2

There are no critic reviews yet for All the Rivers Run 2. Keep checking Rotten Tomatoes for updates!

Audience Reviews for All the Rivers Run 2

There are no featured audience reviews for All the Rivers Run 2 at this time.

All the Rivers Run 2 Quotes